Home / Procedures / FGS: under anesthesia and without it

FGS: under anesthesia and without it

Various diseases of the digestive system are among the leading chronic conditions. But thanks to the advancing research methods they can be identified in a short period of time. One of them is FGS stomach is a method that helps to identify various disorders of the mucous membrane. Such a study involves the introduction of the endoscope in the internal organs through the esophagus, at the end of which the camera is mounted, allowing to consider everything from different angles. In addition, the device allows you to make a collection of cells. The procedure can be performed under General anesthesia, and without it.

How does it happen?

Fear FPS is not worth it. This study is conducted with the use of special drugs included in the study and reduce the sensitivity, so the level of discomfort is low. Everything occurs in several stages:


Many people wonder – how many hours do not eat and drink water. It's not as difficult as it may seem at first. As with other similar procedures, before carrying out gastrofibroscopy the patient should not eat anything for 12 hours, otherwise the food may interfere with the inspection. Drinking water should not be in less time. It should be remembered that on the eve of the dinner should consist of light dishes. You can eat a light meal – cereal, boiled meat (e.g., chicken). Fatty meat should be immediately eliminated. Before to pass examination, you should not use:

As for the fluid, its consumption is necessarystop about 5 or 6 hours before going to the doctor. And, of course, do not eat and drink anything salty or acidic, as this may cause excessive salivation. If you are interested in the use of medication during the procedure, this issue can learn more to discuss with the doctor examining the stomach lining. But you should remember that if the pain in the FGS is not vital, it should be deleted.

During the FGS stomach doctor conducting the procedure will be able to see the condition of the epithelium gastrula, but with EGD is a study of the mucous membrane of the duodenum. Both species are very similar to each other like devices used by the process and method of preparation.

Due to the fact that the procedure is not very pleasant to humans, many are concerned than is used by the doctor conducting the study and whether the event under anesthesia. It is not necessary to listen to the testimonials of people who have long held such a procedure, as the development of medical equipment can reduce uncomfortable feeling when such influences. Unlike the past medical experience, in the esophagus there will be bole is thin and flexible tube, which does not damage the lining of the internal organs and causes only mild discomfort. 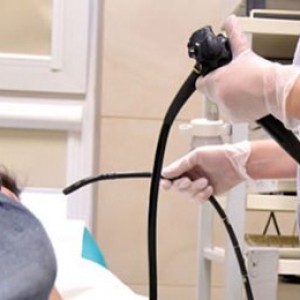 Is it possible to do without the procedure

The fibrogastroscopy do in cases where there is suspicion on such diseases of the digestive system, such as:

Also using the procedure to identify other lesser-known pathology. Sometimes before the study is conducted respiratory helik-test, determines the presence in stomach of bacteria, which provoke the appearance of diseases of the digestive system. The procedure for the study of the mucosa to determine the presence of Helicobacter pylori, after which no FGS is still not enough.

How is the inspection of the damaged mucous membrane

To examine the digestive system in the procedure and to detect the disease, the doctor rotates the tip of the endoscope, allowing the mucosa to see from different angles. These effects can cause discomfort in the stomach, but no pain.

Before the end of the procedure the doctor may also do a biopsy of the stomach, if there is reason. When the endoscope is removed, re-inspection of stomach, but on the video for a more accurate diagnosis.

Indications for anesthesia during endoscopy

Anesthetized studies in identifyingdiseases of the stomach in the course of a long survey. Local anesthetics are used almost always in such procedures. They are applied on a small part of the mucous membrane and makes it insensitive to influences, and also prevent the occurrence of retching preventing the study of the stomach. 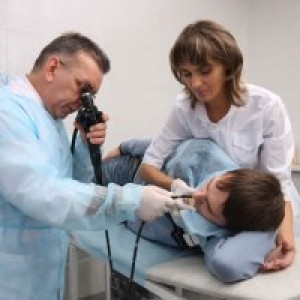 The effects of the drug also promotes muscle relaxation, which facilitates the introduction of instruments for the study of FGS. Preparation for the procedure FGS with local anesthesia is no different from the same procedure without it, except that the doctor should clarify whether the drug of an allergic reaction.

FGS in a sleep state

A condition in which a person is under anesthesia during the procedure FGS, can be characterized by superficial sleep, in which all muscles relax, and consciousness is virtually absent. This method allows you to quickly and without discomfort to introduce the endoscope into the esophagus and produce a detailed analysis of the mucosa of the digestive system.

The method is very effective and eliminates uvlechenie doctor on a person's reactions under anesthesia. Many are interested in how many hours can last sleep. The state, in which flows to the patient, lasts no more than forty minutes, which is enough for detailed studies of the mucosa of the stomach and esophagus. There are a number of indications which suggest a procedure under anesthesia.

But it should be remembered that the use of drugs, misleading drug-induced sleep, precedes the examination of the cardiovascular system.