Home / Ulcer / Approaches to the treatment of gastric ulcer drugs

Approaches to the treatment of gastric ulcer drugs

Gastric ulcer is a chronic recurrent disease. It is characterized by the violation of the integrity of the gastric mucosa and trophic lesions that eventually leads to the formation of ulcers. Drug therapy is not only a antibiotics for stomach ulcers, but a number of other medications needed to control the exacerbation and acceleration of the onset of remission. In the absence of treatment or violation of the recommendations of the attending physician for the treatment of simple ulcer of the stomach may be complicated.

Exact adherence to the prescribed treatment – and it's not just pills, but diet – will help to improve the General condition of the patient, to improve the quality of life and slow down the destruction of the body.

The development of stomach ulcer is always preceded by chronic gastritis with high acidity. Is a chronic inflammatory disease-infectious nature, are prone to a progressive course, creates favorable conditions for the formation of stomach ulcers. Antibacterial drugs needed to destroy the infectious agent – Helicobacter pylori, a major cause and development of chronic gastritis with hyperacidity and stomach ulcers. These include the pills:

Assigned antibacterial drugs ulcer in a specific pattern: three-way or kvadroterapiya. What to choose, decides the attending physician after examination of the patient.

After activation the bacteria starts to destroy the cells of the gastric mucosa and secrete into the cavity with the products of its life – toxins. This leads to a gradual increase in the acidity of gastric juice, which is in contact with the mucous eats through it.

Antacid drugs inhibit the increased activity of hydrochloric acid in the stomach. The tool also has astringent and adsorptive effects, which helps to relieve the patient from heartburn and reduce the symptoms of pain in the ulcer.Popular antacids:

Penetration is characterized by the opening of existing stomach ulcers in the adjacent organs – the pancreas, the liver and the duodenum, which leads to the transition of the inflammatory process on them.

Perforation is characterized by the rupture of the ulcer, exit of gastric contents into the abdominal cavity and the development of peritonitis. This complication can be fatal, because of stimulation of receptors of the peritoneum develops severe pain shock.

To blockers of H2-histamine receptors include such drugs:

Correctly chosen tool of this group helps to avoid the development of complications. Its name can be obtained from the doctor. 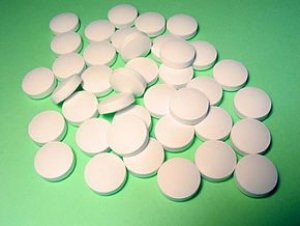 These drugs, enveloping the gastric mucosa, protect the damaged mucosa from further irritation aggravating factors by forming on the film surface. The doctor may prescribe any of the following:

Pain in ulcer is characterized by spasms, upon the occurrence of which the patient feels the most discomfort. They can resemble burning from exposure to hot metal. Antispasmodic drugs help in relieving spasms and eliminating pain. The patient selected one means:

Taking the tool from this group, the patient noted improved digestion, which prevents the stagnation of food in the stomach and reduces the duration of effects of hydrochloric acid on irritated mucous membranes. To prokineticin aremedications:

To obtain the full therapeutic effect of a medication you need to take the course. The duration of a course of treatment stomach ulcers and the dose is determined only by a physician with consideration of individual characteristics of the patient and course of disease. As each group of medications has a different power and effect, which requires specific knowledge in this area. That is why the treatment is carried out only to the attending physician gastrology. In the case of the self-treatment of peptic ulcer disease the risk of developing complications increases significantly: perforation, bleeding, penetration and malignancy. Therefore, before self-appoint a drug is good to think. 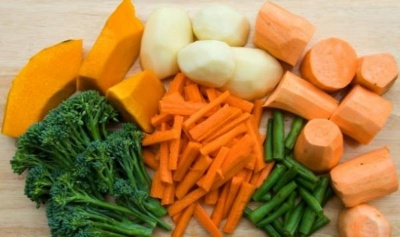 If any localization of the ulcer and the stages of course an important aspect of effective therapy is diet. It is necessary to observe and in remission, when a stomach ulcer is not worried. Tablets help to relieve the symptoms of acute current or exacerbation of disease, but to consolidate the therapeutic effect of an important role belongs to the diet.

Again not to take medication, preference should be given easy porridge in the morning, low fat cottage cheese and dairy products, low-fat broths, boiled and baked vegetables and fruits.

Not to take pills reparants gastric ulcer, you can use the methods of traditional medicine. But first you need to consult with your doctor about this medication substitution. Traditional medicine offers the following alternative:

It is worth noting a tool such as Solcoseryl. For gastric ulcers Solcoseryl is used as a solution in ampoules and drops. The tool consists of a purine acids and amino acids that help in the normalization of metabolic processes in the body of the patient. Solcoseryl therapeutic effect is like Actovegin, but overall Solcoseryl has no analogues, despite prolonged use in the treatment of stomach ulcers. 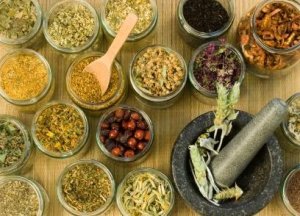 Solkoseril also has a restorative effect on the body of the patient.

A comprehensive therapy for gastric stabilizes his work, fixes a spasm and symptoms of pain, AIDS in stimulating blood supply and nutrition of tissues of the body. All this eventually returns the full functioning of body and healing of gastric ulcers.