Among the diseases of the human digestive system, stomach diseases occupy the first place in prevalence. Irregular and unbalanced nutrition, pace of life, poor ecology is not a complete list of the causes of various pathological conditions in humans. Excessive nervous stress also adversely affects the functioning of the body's defenses.

Diseases of the stomach

During normal operation of the stomach, it is balanced working system of digestion (acidic environment) and protection of the mucous membrane of the stomach. Often protective mechanisms fail at any stage, and there are popular diseases:

The symptoms of each disease in the early stages sometimes similar. So, in order not to wait for the expanded clinic method was developed that allows the doctor to see firsthand the condition of the walls of the stomach endoscopy. Such a study of the stomach is called a gastroscopy. Its application allows to identify the disease, record on videoanalitika image, which can be discussed with other professionals with difficult diagnosis and to prepare for effective treatment of identified pathology.

Modern technology is not standing still. Now, in addition to peggs (fibroezofagogastroduodenoscopy) rigid catheter, the same results can be obtained without swallowing the probe. As an alternative, it is possible to introduce a soft endoscope through the nose or the examination of the stomach using a miniature video camera.

Sometimes this study can be only appropriate for diseases of the gastrointestinal tract. So, by the use of a traditional endoscope has a number of contraindications:

Let us consider the popular technique that started gastroscopy, faggs, and most modern, with the capsule with the camera.

To prepare for the use of a rigid endoscope, the patient should observe a diet the day before examination, to be able to control the gag reflex, to be able to swallow the initial part of the probe, to make a swallowing motion while advancing the endoscope. A big plus is that endoscopy rigid catheter allows to carry out a small intervention in the process of the procedure.

It becomes possible biopsy of the stomach using an endoscopy, some manipulation, able to provide a therapeutic effect (cauterization or ligation of the bleeding vessel, removal of polyp...). Sometimes, when the patient's condition, allowed the introduction of a thin endoscope through the nose. This method is useful for unconscious patient or when the patient is neurologically inadequate or untenable. In addition to receiving visual information in real time, it is possible for some manipulations (such as biopsy of the stomach).

Indications for this study are defined in each case. The risk depends on the neurological status of the patient, because of his participation in the study is significantly it facilitates.

To the anesthesia using endoscopes attitude cautious. If local can provoke an allergic reaction, then the overall risk off of surveys participation of the patient in the procedure.

The capsule method is much easier and more secure. By the way, the first time it was talked about in the mid 80-ies of the last century. The output gives almost the same results, so is sometimes called a gastroscopy of the stomach without swallowing the probe. To prepare for it is not difficult: just don't eat in the morning and not to eat fiber-rich foods the day before (cabbage, beans). Contraindications include the presence of a pacemaker, bowel obstruction, age of 12 and pregnancy (usually the first and second trimesters).

Capsule has dimensions up to 3 cm in diameter, so swallowing it with water is absolutely real. Contains a light source, a video sensor, and a transmitting device. The receiver is mounted on the body of the patient. After swallowing, the person spends a typical day and the capsule travels through the natural pathways of the gastrointestinal tract, recording video information. Typically, the write speed is 2-3 shots per second. 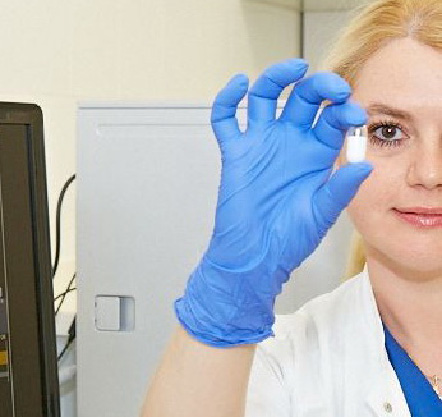 At the end of the day the doctorgets the accumulated video data receiver for analysis and a disposable capsule safely leaves the patient's body "naturally".

The big disadvantages of the three.

As can be seen, capsule endoscopy is more natural to look at as preventive measures. The main obstacle to this is the cost of the disposable capsule. Although there are developments in relation to robotics capsule. Advanced models except the images convey additional information. But the main purpose is the acquisition of ability to carry out manipulation. This will bring a capsule endoscopy and standards of rendering medical service to a new level.