Everything you need to know about the analysis on Helicobacter pylori

When complaints of pain and discomfort in the stomach area shows the analysis on Helicobacter pylori. Its interpretation is important for determining the tendency to stomach ulcers, as well as the presence of pathogenic organism of the pathogen. It is important to understand that the analysis in Helicobacter pylori shows the norm with a negative result. In other words, in humans the bacterium is not detected.

To date, Helicobacter pylori is one of the most dangerous bacteria in human body. The bacteria most often resides in the gatekeeper, that is, in the lower part of the stomach, which gradually passes into the duodenum. Helicobacter is an anaerobic bacterium, meaning it can exist without oxygen. Transmitted from one person to another through saliva and mucous membranes of the Department, subject to the common use of utensils, hygiene items. Known cases of infection through kissing even.

This organism is very resistant to gastric juice and does not die in the environment of hydrochloric acid, is fatal to other bacteria. Therefore, the agent may penetrate the mucous membrane and disrupt its structure. Activity of Helicobacter in the gastric mucosa, potentially leading to its inflammation (gastritis) and peptic ulcer disease.

Who should do the analysis

To test for the bacterium Helicobacter is necessary when such symptoms:

In addition, analysis of Helicobacter pylori necessary for those who have a history of diseases such as ulcers, dyspepsia, atrophic gastritis. To identify Helicobacter pylori is also necessary if you have a blood relative diagnosed with cancer of the stomach, and if this pathogen is in the body of cohabiting family members. 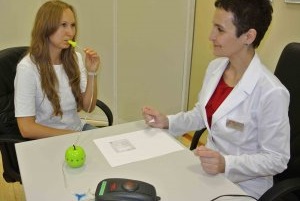 In modern conditions the doctors often attribute their patients the respiratory test for the presence of the bacterium Helicobacter pylori. The diagnostic system is a disposable indicator tubes and a compressor. She performs diagnostics on the composition of the air, which exhales people.

Such diagnostics allows to carry out an initial diagnosis of the presence of microorganisms in the human body, and control antibiotic treatment against Helicobacter pylori. System analysis is often used for the diagnosis, family doctors, pediatricians, gastroenterologists. It has highthe accuracy rate is over 95%.

The principle of this analysis is based on the fact that the bacterium Helicobacter pylori has areasnew activity, that is able to gidrolizovat urea (carbamide). The patient needs to take normal isotopic solution of this substance. In the course of the hydrolysis produces a gas, it enters the oral cavity. The diagnostic handset has a special chemical composition that changes color in the presence of gas. That is, the rate of this analysis is the invariance of color display tubes intended for analysis.

How to examine blood for the presence of Helicobacter

The blood test for Helicobacter allows to detect the presence of Helicobacter pylori infection in the body. The analysis shows the presence in the blood of various immunoglobulins – immune response to a foreign microbe. The norm of this analysis is referentin (threshold). If indicators of the presence of antibodies below this threshold, then the result is negative, and if the above – positive.

Before testing the patient for eight hours and do not consume foods and drinks – tea, coffee. You need to refrain from Smoking. 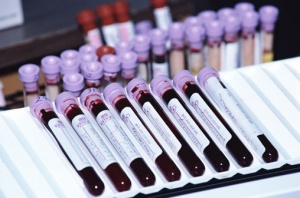 A blood test for Helicobacter is combined with the study of proteins produced by blood cells in response to the presence of infectious agents. Immunoglobulins are divided into types, designated by letters of Latin alphabet A, M, G. the Immunoglobulins in the results of the study are denoted respectively as IgA, IgM, IgG. Norm also indicated on the form, next to the actual figures, for comparison.

How to decipher the result?

IgG confirms the presence of the organism Helicobacter. These cells appear from the third or fourth week after infection in the organism. These immunoglobulins persist for some time after the destruction of the infectious focus. In this case, talking about false positives. In addition, the presence of such immunoglobulin suggests that people at high risk of stomach cancer. At negative result it is believed that infection is not.

If the decoding of this analysis shows the presence of IgA in the blood, it indicates severe inflammation. However, a blood test for Helicobacter rarely shows an increased number of suchimmunoglobulin. The lack of such analysis tells about the period of recovery, and also about the fact that antibacterial therapy is carried out effectively.

Determination of the presence of bacteria in the feces

To pass a stool for Helicobacter pylori is also highly informative to determine infection.

Rules of delivery of the analysis:

Remember that a stool test may show negative results in the case, if it contains bile and bile acids, inorganic salts, and more. Therefore, in some cases, the doctor recommends other diagnostic technique.

The result of the stool test was as accurate as possible, it is necessary to prepare for it. Women can not undergo this study if they have started menstruating. The key to successful delivery – cleanliness of the body and especially the genitals. Kal you need to pass only one that is not stimulated by the introduction of laxatives. Bowel movement for accurate fecal analysis should only be spontaneous.

It is also impossible to pass feces if it got drops of urine. To place the feces in the container it is necessary to use a special spatula that you can use in the hospital. The container should not be a lot of material. And another important point: cal needs to go in the hospital that day, when it was collected. 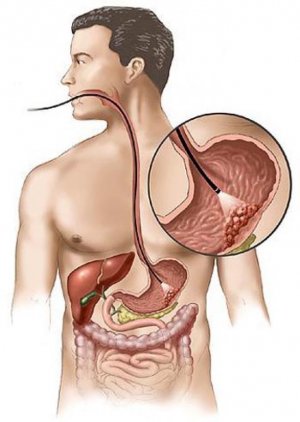 To determine the Helicobacter pylori should be the standard for gastroscopy urease test. Effective treatment of diseases of the stomach, without such analysis impossible. This study is also known as HP test.

Fragments of gastric mucosa taken for analysis by the special biopsy forceps. They must be sterile, as only this ensures the accuracy of research results. Gastroscopy occurs in a state of sleep medication, as the gag reflex distorts the results.

Before the gastroscopy is recommended within two weeksto take drugs such as Omez, Pariet, Ranitidine, Famotidine, De-Nol.

Properly conducted tests for Helicobacter pylori allow with high degree of accuracy to determine the presence in the human body of dangerous micro-organism and compare it with what is in the "norm". The results of treatment.