Among the many types of gastritis occupies a special place subatrophic gastritis. This disease of the gastric mucosa, characterized by gradual destruction of the glands that are in it. Consider the main features of this disease and the ways of its treatment.

First subatrophic gastritis is called hereditary predisposition. Occasionally causes autoimmune gastritis – in this case with the mucous membrane of the stomach begins to fight the human immune system. Effective treatment of this disease is complicated by the fact that the real reason for its development remains to this day unknown. This kind of gastritis develops more quickly and occurs more malignant.

In other cases, the reasons for the development of subatrophic of gastritis are:

What happens in the body during the development of the disease

The enzymes of the gastric juice also may not function properly without the sour environment. So gradually evolving syndrome of insufficiency of digestion.

In addition, there is a gradual thinning of the tissues of the stomach. Subatrophic gastritis gradually leads to destructive changes in the whole mucosa. Some doctors distinguish this type of gastritis as a precursor of atrophy of the stomach. 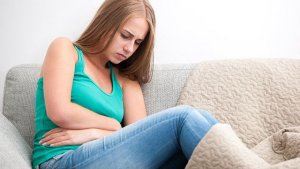 The symptoms of the disease of the stomach can be recognized independently. Here are the most characteristic signs indicating the presence of subatrophy:

Noticing such symptoms, you should also look closely at the other signals that our body sends. So, many patients see the symptoms similar to the seasonal vitamin deficiency: brittle nails, hair loss and sagging skin.

Many patients confuse the symptoms with the disorder of the stomach and intestines and is therefore not in a hurry to go to the doctor. So they just lose precious time.

What is antral gastritis

Subatrophic antral gastritis is the involvement in the destructive process of the antrum. This is the section immediately adjacent to duodenum 12.

Chronic antral gastritis is often observed in elderly people as a reaction to gross errors in diet. In the mucous membrane of this Department, a gradual destruction of cells that produce hydrochloric acid. And in the 12-duodenum food arrives ill-prepared for further digestion.

The symptoms of gastritis characterized by heartburn, nocturnal pain in the stomach, and soreness in the solar plexus. In some cases, subatrophic gastritis antrum complicated by bleeding. 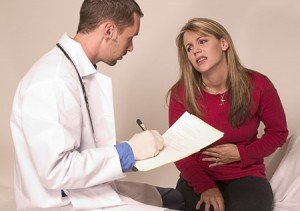 Treatment of disease are impossible without a comprehensive diagnosis. The main method of early detection of the disease is endoscopy. Is an internal examination of the esophagus, stomach and duodenum 12. Damaged mucosa body looks thin pale.

The doctor can also see the modified membrane of the stomach by ultrasonography. To clarify the diagnosis using an x-ray study using contrast material.

Methods for the treatment of gastritis

The subatrophic treatment of gastritis involves only a comprehensive approach. Medicines have a beneficial effect on the mucosa, but they are used only when gastritis becomes chronic in the acute stage. It also includes remedies against Helicobacter pylori.

Treatment of pain is produced by the intake of anticholinergics (e.g., Platyphylline) and antacids – Gustav, Fosfalugel Almagel.

Folk recipes for the stomach

Efficiently and treatment of folk remedies. Among themsuch recipes:

Still subatrophic type of gastritis the stomach is a reversible process. Timely treatment and a healthy lifestyle will help to get rid of the disease and return the stomach to its function.