Home / Ulcer / Symptoms of ulcers of stomach and duodenum

Symptoms of ulcers of stomach and duodenum

Ulcer of stomach and duodenum duodenal ulcer is quite popular disease. An unpleasant manifestation of ulcers is that very often the disease affects young patients losing for a long time its performance. In this article we will discuss the signs of peptic ulcer disease, factors contributing to its emergence, treatments, food and recipes of traditional medicine.

Peptic ulcer and 12 duodenal ulcer is one or many lesions arising in the mucosa of the part of the authorities. Ulcer often affects people of working age, in the full dawn of forces, due to constant stress, unbalanced diet, unhealthy lifestyle.

The etiology of peptic ulcer disease

Peptic ulcer of stomach and duodenum appears as a result of certain factors, the number of which is much more protective.

The main causes of ulcers:

Ulcer of stomach and duodenum, usually accompanied by a chronic undulating course, sometimes with the appearance of exacerbations, especially during periods of relapse. The symptoms of the disease manifest at the time of the exacerbation, which may last up to three months, after which the symptoms of ulcers can take several years in the absence of the adoption of the necessary remedial measures.

Typically, the symptoms begin to bother patients with the occurrence of severe pain in the stomach area.

The time of occurrence of pain depends on the location of the lesion: 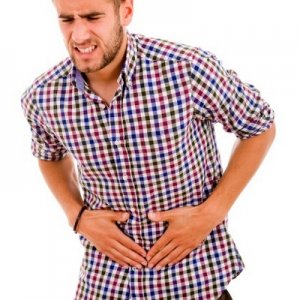 Painful symptoms are not clearly defined by the placement and are characterized by different manifestations: aching, dull, paroxysmal pain, etc. due To the fact that the level of acidity of gastric secretion and the susceptibility of the mucosa of the stomach in patients with ulcer are often increased, often show suchsigns like heartburn and regurgitation of acidic contents, there are also excessive salivation.

Often patients are experiencing symptoms such as nausea, accompanied by vomiting. After vomiting in patients usually observed relief to the state. Many cause vomiting independently. Vomit consists of undigested food.

Patients tend to have increased appetite. Sometimes, if plagued by severe pain, may decrease appetite. Some worried about fear of absorption of food. Such signs can lead to a strong depletion of the patient and loss of body weight. Most patients have symptoms of disorders of defecation.

Perforated ulcer and its symptoms

Perforation of the surfaces of bodies threatens the patient's life and requires surgical intervention. A perforated ulcer, a few days before his appearance accompanied by a very severe pain in the epigastric part. But it happens that pathology does not make himself known, and only a spontaneous complication of the disease is the first sign of this.

Perforated ulcer has the following symptoms:

Also perforated ulcer may include vomiting. After some time, there is a strong gas formation in the stomach. When the patient has the above symptoms, should be immediately hospitalized.

As there are growing signs of this complication?

Patients often perforeret acute ulcers that can occur due to prolonged intake of hormones. The majority of patients with perforated ulcer have the following symptoms of pathology: pain, heartburn. If a perforation occurs in the free peritoneal cavity, then the clinical symptoms of the pathology themselves clearly manifest. A perforated ulcer is characterized by very severe pains, which arise unexpectedly. In connection with what is happening multiple nerve damage abdominal pain in patients is very sharp. A perforated ulcer is rarely accompanied by vomiting. Pain can radiate into your right arm.

A perforated ulcer is accompanied by a very strong contraction of the muscles of the anterior wall of the peritoneum. The stomach of patients with ulcer visually resembles a disk. This manifestation that can be recognized even before palpation helps to determinethe patient's diagnosis. Often patients to minimize pain, keep the body bent forward. When starting to develop peritonitis, muscle tension subsides and the patient there is severe flatulence.

At the time of complications the patients needs with the utmost seriousness to the situation. A perforated ulcer, in which on the surfaces of bodies occurs through wound, is very dangerous to the lives of patients. Perforated ulcer can develop as a result of the abuse of alcohol, heavy physical load or overflow of the stomach with food.

After about 48 hours of complications, the patient there is peritonitis, which in the absence of appropriate medical care can lead to death. Food that enters the peritoneum of the patient, very quickly begins to rot, while multiply pathogenic microorganisms. Death usually occurs within a few days. 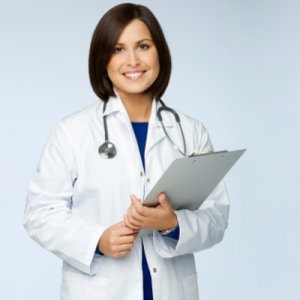 The treatment regimen has changed over time as changing views on its etiology. Today, treatment plans are based on the use of several methods. Correctly chosen treatment pathology includes medical drugs, including antibiotics, strict diet, the exclusion of causal factors, psychotherapeutic technique. Sometimes to treat the pathology without surgery is not possible.

For the period of relapse for ulcers is very heavy. Therefore, to treat the patient in acute need in the hospital to regularly monitor their health. Because ulcers can lead to serious complications such as bleeding or perforation, some patients assigned to surgical treatment. Minor bleeding can be treated through the application of electrocoagulation.

As a rule, patients are assigned very different drugs. For increased usability, to date, there are special treatment scheme according to the Protocol. This regimen, which shows all the necessary preparations. Treatment aimed at combating helicobacteria includes antibiotics. It can be two different antibiotics, which are accepted in the complex. With the aim of reducing the level of acidity of gastric secretion and are used in antacid drugs, histamine blockers, proton pump inhibitors. To speed upthe healing process of the mucosa of the part of the authorities in ulcer, doctors prescribe drugs such as sucralfate, etc. the Treatment of ulcers includes spasmolytic medicines are also assigned to other symptomatic drugs.

No need to interrupt your own treatment and to stop taking the medication the ulcer, even under improved conditions and well-being. After the patient is discharged from hospital, he should be under the supervision of a specialist. 14 days after making therapy, patient done, fegds to analyze the effectiveness of medical therapy. Examination of the patient for the presence of Helicobacter perform after a few weeks after antibiotic therapy.

A very important role in the treatment of ulcers plays a special diet. All patients are assigned a health food, particularly in severe disease. From the diet to exclude foods that cause strong secretion of gastric secretion. The nutrition of patients should consist of soups cereals or milk, boiled meat or fish, boiled eggs, bread should not be fresh, yesterday's porridge, you can drink weak tea. Food ulcer implies the elimination of all harmful products, spicy and fatty foods, herbs and spices, semi-finished products, as well as alcohol and coffee. Products, irritating the mucous membrane, should be excluded from the menu. A healing food ulcer in conjunction with other therapeutic techniques, contributes to the rapid amendment of the patient.

Remember that the recipes of alternative medicine must be used after consulting with your doctor. This scheme and methods can help you only with an integrated approach to the treatment of ulcers.